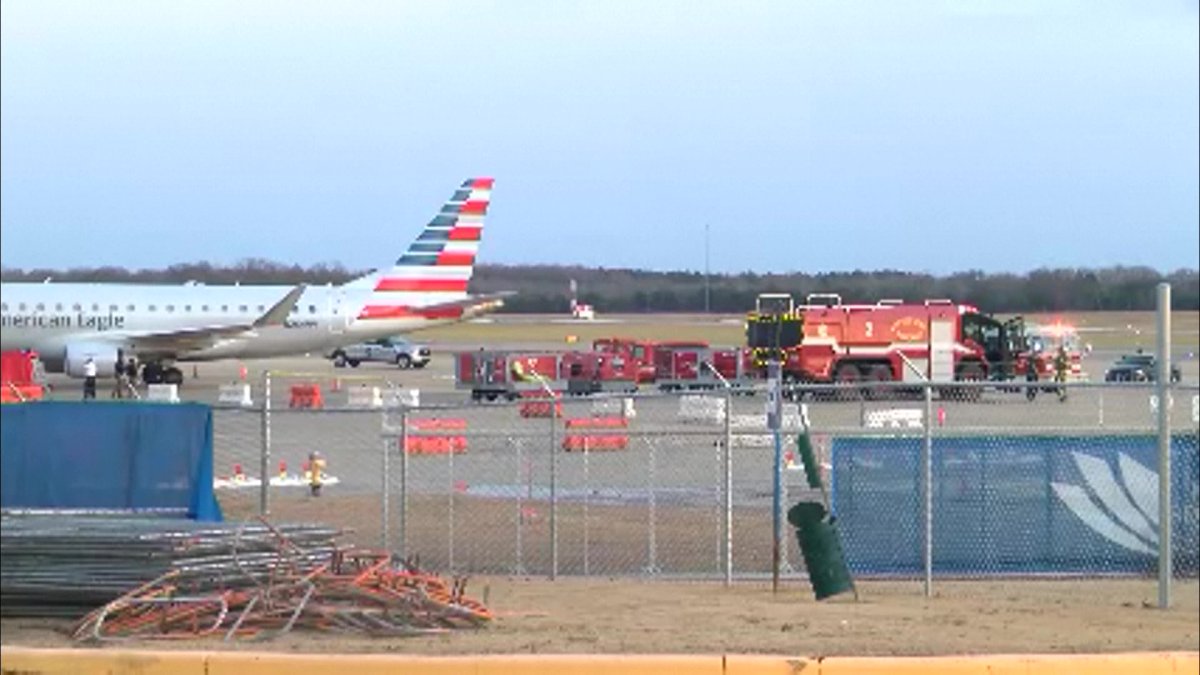 An American Airlines employee was killed Saturday after being “swallowed into the engine” of a plane parked at Montgomery Regional Airport in Alabama, the National Transportation Safety Board said.

According to WSFA-TV, an Envoy/American Eagle Embraer 170-200 LR was parked at a gate with the parking brake on when, according to the NTSB, a ground worker was somehow pulled into one of the plane’s engines.

KRLD radio reported that the ground worker was a baggage handler, although the airline has not yet released an official statement about the incident or identified the employee.

Wade Davis, the airport’s executive director, said in a statement Sunday that they were “saddened to learn of the tragic loss of a team member from AA/Piedmont Airlines”[ads1]; and that “our thoughts and prayers are with the family at this difficult time.”

Additional details about the accident are not yet available, and the NTSB said a preliminary accident report is expected to be released in the next two or three weeks.

Flight 3408 was scheduled to leave Montgomery for DFW around 3 p.m. Saturday. The airport suspended operations after the accident, but resumed service at around 8.30pm on Saturday.

The investigation by the FAA and NTSB is ongoing.