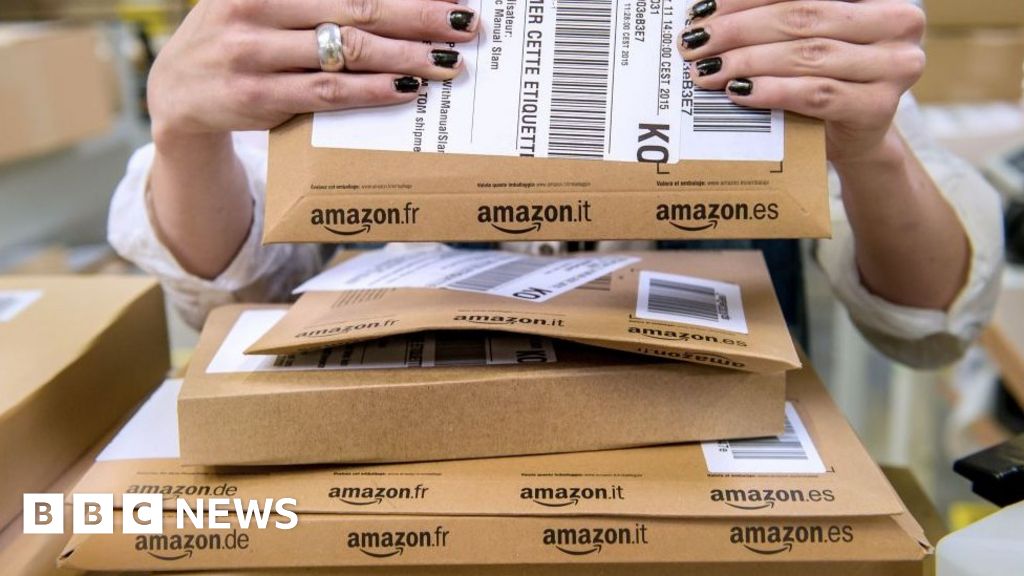 Amazon delivered another quarter of sales growth of over 20%, but an increase in shipping costs cut the company's bottom line.

Shares fell sharply during trading hours after the e-commerce giant said profits fell by about 25% to $ 2.1[ads1] billion in the three months to September 30.

The company said it spent nearly $ 10 billion on shipping costs in the last quarter, up 46% from last year.

But sales increased 24% from the previous year to $ 70 billion.

Amazon CEO Jeff Bezos said the company's pressure to offer one-day shipping to its Prime members, which has contributed to increased costs, will pay off. Purchases from Prime members have accelerated alongside the daily offer, executives said.

"It's a big investment, and it's the right long-term decision for customers," Bezos said.

However, investors were disappointed with the e-commerce company's sales forecast for the last three months of the year.

Amazon said it expected sales growth of 11% to 20% in the coming quarter, which includes the critical holiday season. It partly attributed the expected deceleration to the recent increase in Japan's consumption tax, which it said would reduce purchases.

The sales forecast helped send the company's shares down more than 6% in afternoon trading.

"Whether all the extra investment will be worth it in the end may be open to questions, especially given the lackluster sales guidance for the next quarter," said Nicholas Hyett, Hargreaves Lansdown analyst. But, he added, "it's been foolish to doubt Amazon lately. "

It reported sales of nearly $ 9 billion, up 35% from 2018. Last year, the unit, which is credited with pledging Amazon to profitability, posted 46% annual growth.

The slowdown is a potentially worrying sign for investors looking at the bottom line, said Andrew Lipsman, an analyst at eMarketer, who called the quarter "a very mixed bag."

"AWS has driven Amazon's margin expansion of late, but still softening growth rates will weigh on companies etching profits if they can't reverse the trend, "he said.

Amazon's push into physical stores with the purchase of grocer Whole Foods has also not yet paid off. Physical store sales fell 1% year-on-year to around $ 4.2 billion.