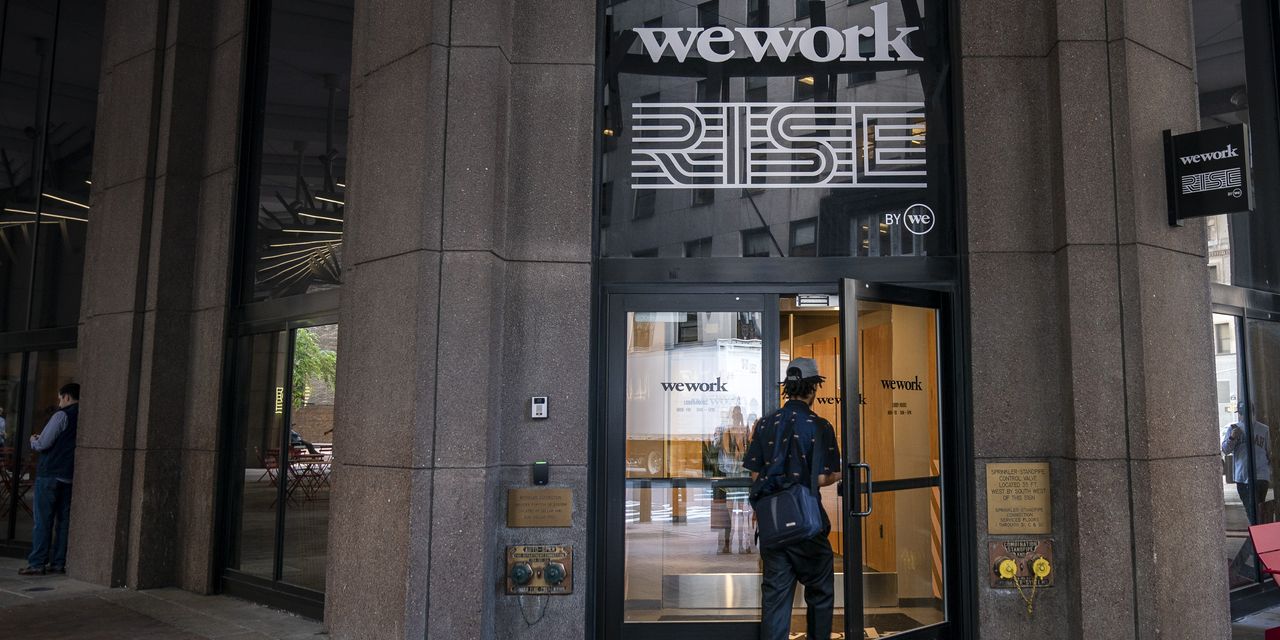 Unrest on WeWork is causing the shared office company to everyone, but ends up signing new leases, a new blow to New York City's already softening commercial real estate market.

Since We Co. Chief Executive

pulled down on Tuesday, the company has reversed its rapid growth strategy, and wants to slow expansion, throw out numbers and assets and move closer to profitability.

This new approach originally included a decision to refrain from signing any new leases, according to people familiar with the matter. These leases usually require WeWork to spend money on developing the space it will rent and then sublet.

We have the new management team decided on Thursday to resume leasing. "We expect the pace of new leases to slow over the next few quarters as we continue more strategic growth," a spokeswoman for We said Friday.

This decision may not make much of a difference. The vast majority of New York City landlords have little interest in taking on WeWork as a new tenant, while the company is struggling to grow the economy, say brokers and landlords.

"WeWork needs to rework its entire market position," he said

CEO of RXR Realty, a New York developer and investor who owns WeWork as a tenant. "Because if they don't, landlords won't be comfortable making deals with them."

The company recently completed a major deal in Manhattan. WeWork occupies 362,000 square feet at 437 Madison Ave., although it won't be able to move in until January 2021[ads1], the building's landlord, the William Kaufman Organization, said in a press release Friday.

Landlord sentiment sourcing on WeWork may further weigh down the New York office market, which is the nation's largest. Manhattan office leases have come under pressure in recent years from a plethora of new supplies, from the World Trade Center to the new Hudson Yards in Midtown, and new office designs that reduce the amount of space per worker.

Other major US office markets may also suffer from the current aversion to WeWork. Building owners in cities like Chicago, Boston, Los Angeles and San Francisco rely heavily on WeWork to fill up excess space and to appeal to startup companies that are attracted to collaborative layout and ethos. Collaborative tenants occupy 54.2 million square feet nationally and more than 16.5% of office demand since early 2017 can be attributed to WeWork and other collaborators in 54 major US markets, according to data firm CoStar Group Inc. [19659004] Dallas-based developer Lincoln Property WeWork counts as a tenant in more than a dozen locations. But with the initial public offer plans on hold as the company weighs major layoffs and other cost-cutting measures, Lincoln executives don't expect to make a new deal with WeWork any time soon.

"We know there are going to be consequences," she said

the company's vice president for innovation. "We just don't know if the whole mountain is going to be wiped out."

S&P Global Ratings on Thursday said it reduced a We unit's credit rating to lower single-minus garbage rating from single-B, reflecting "increased uncertainty around The We Company's ability to raise capital to support aggressive growth and pushed this adds liquidity, "S&P said in a press release.

WeWork rivals like Industrious LLC and Convene have grown. But they are much smaller than WeWork and have not been as aggressive in taking up new space.

"Most of [WeWork’s] competitors emphasize their more conscious growth rate," he said

WeWork also became a favorite tenant in New York in part because it was sometimes willing to pay over the market rent to keep growth off. In a recent case, WeWork made a verbal offer to lease up to 80,000 square feet in a Midtown Manhattan tower – paying 20% ​​premium to the market price for space that would not be available for two years,

But Mr. Deitelzweig said he rejected the deal because he was suspicious of WeWork & # 39; s business model.

"The numbers don't work," he said.

WeWork remembers it differently. The company said it "never made offers or terms," ​​and the team "just toured the place," a spokesman said.

Write to Peter Grant at peter.grant@wsj.com and Keiko Morris at Keiko.Morris@wsj.com