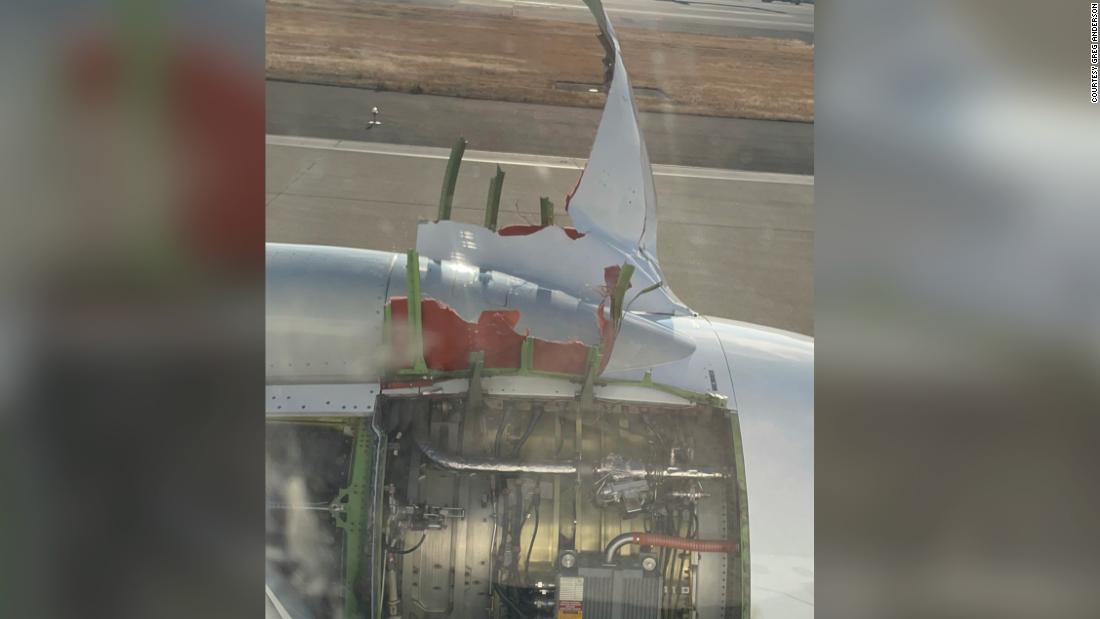 (CNN) — An Alaska Airlines flight bound for San Diego was diverted back to Seattle shortly after takeoff Monday morning, according to a statement from the airline.

Flight 558 “reported an unusual vibration on the left side of the aircraft shortly after takeoff,” an Alaska Airlines representative said in the statement to CNN. “The aircraft returned to the airport and landed safely.”

The flight took off from Seattle-Tacoma International Airport at 7:36 a.m. local time and was back at the airport at 8:04 a.m., Alaska Airlines told CNN Travel.

Part of the fairing (a removable metal housing for the engine) detached from the plane when it landed, according to the airline.

This is a photo that Alaska Airlines passenger Greg Anderson took on Flight 558 on Monday morning.

Passenger Greg Anderson was on board Flight 558 on Monday and took pictures showing the damage to the plane’s left engine.

He told CNN that the plane took off normally, and then he “heard a little bang” and felt the plane begin to vibrate.

Anderson said he could see parts of the cover coming off.

“We were slowing down, then the captain came and said he felt an ‘unusual vibration,’ and we were told he was looking for a place to land,” Anderson said.

He said more of the cover fell off when the plane landed.

No injuries were reported among the 176 passengers and six crew members on board at the time, Alaska Airlines said in a statement.

The guests were moved to another flight to San Diego, which departed about two and a half hours after they returned to the gate, the airline said in an email.

Anderson said he was booked on another flight and arrived in San Diego around 1:30 p.m

Alaska Airlines praised the crew on board.

“The two pilots who operated the flight have more than 32 years of combined flying experience,” the statement said. “They, along with our flight attendants, handled the incident with tremendous professionalism and care.”

According to the airline, the Boeing 737-900ER aircraft is out of service while a safety team investigates the cause of the problem.