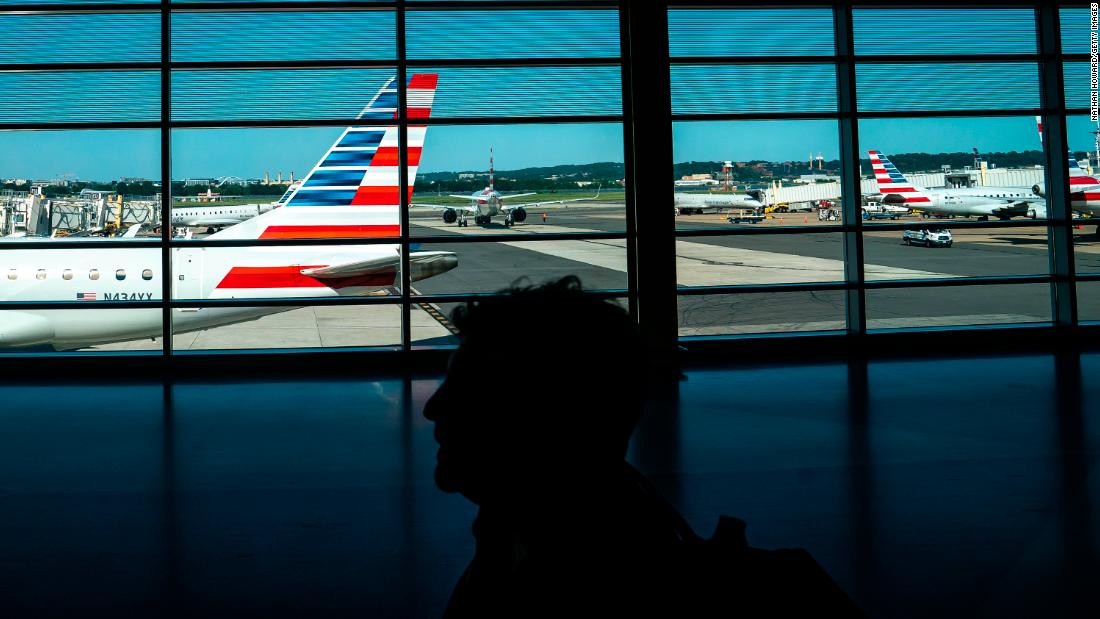 (CNN) — More than 600 flights were canceled and thousands more were delayed in the United States on Saturday, according to flight tracking website FlightAware.
Saturday marks the third day of major flight cancellations after thunderstorms hit major East Coast airports on Thursday, making it one of the worst days for flight cancellations in the past six weeks.

This summer travel season has been plagued with flight cancellations and delays as airlines struggle with staffing shortages, severe weather and delays in air traffic control.

As of Saturday evening, at least 636 flights to, within or out of the United States were canceled and another 5,921[ads1] domestic flights were delayed, according to FlightAware.

Newark Liberty International and Chicago Midway International Airport topped the list of US airports with the highest number of canceled flights, the flight tracking website reported.

American Airlines canceled 4% and delayed 24% of its Saturday flights, according to its website.

About 41% of JetBlue’s flights and 36% of Southwest’s flights were also delayed Saturday, according to the website.

“We continue to work through a number of weather-related challenges across the country this weekend,” Southwest Airlines told CNN in a statement Saturday. “Our teams are working to get our customers to their destinations safely and as quickly as possible.”

CNN has reached out to the other domestic carriers for comment on Saturday’s delays and cancellations.

Amid a flurry of flight cancellations and a flood of passenger complaints, the U.S. Department of Transportation proposed Wednesday to expand the circumstances in which airline passengers can receive refunds.

The department said it had been inundated with complaints from airline passengers seeking refunds since the start of the Covid-19 pandemic.

The proposed refund rules come after a private meeting in June that Pete Buttigieg held with airline CEOs, where he asked them to fix summer flight schedules that have been muddled by thousands of cancellations.