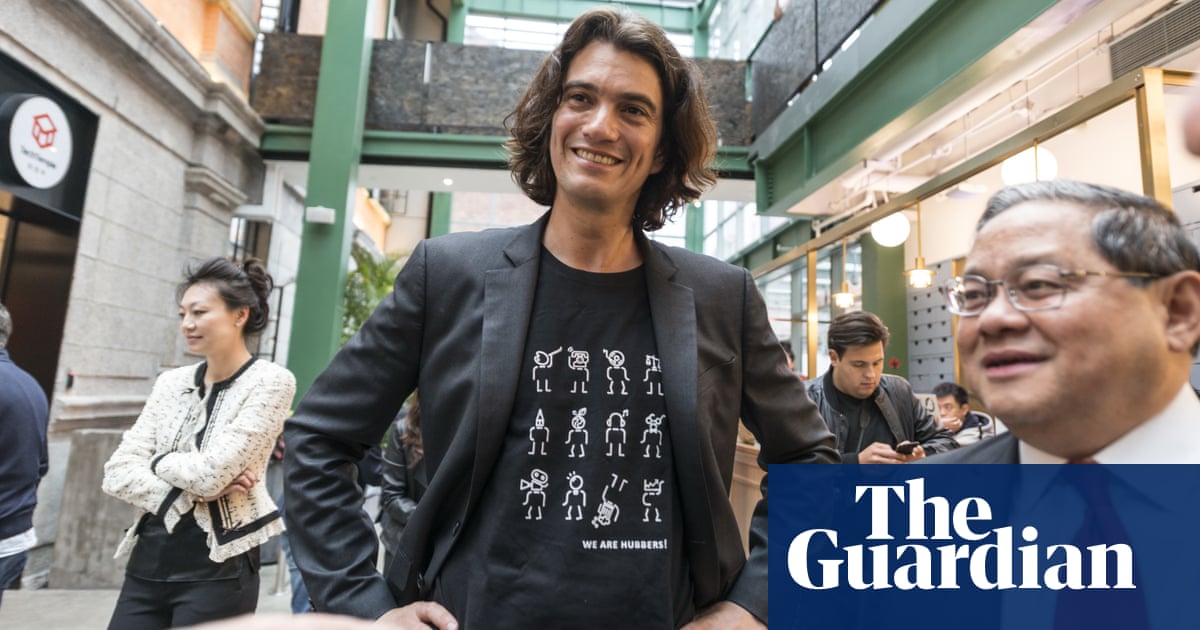 ONEDam Neumann presided over one of the most spectacular business collapses in recent history. A New Age-swilling, barefoot business messiah, he managed to build and burn his latest startup, the office-sharing company WeWork, in such spectacular fashion that even Hollywood took notice.

And now he̵[ads1]7;s back – on a quest to become America’s biggest landlord.

Neumann, it was reported this week, is at the helm of a new company that wants to reinvent the apartment. Details are sketchy, but the company, called Flow, aims to address the world’s housing crisis with “community-driven” rentals — so basically WeWork for renters.

Flow is off to a flying start after receiving one of the most coveted boons a startup can get from Silicon Valley: a $350 million investment from venture capital giant Andreessen Horowitz, known as A16Z.

The announcement of the firm’s investment in Flow, valuing the “pre-seed” company — meaning it has yet to launch — at $1 billion shook the startup world. Not only is it A16Z’s biggest single investment in a venture yet, but it’s also a significant endorsement from Neumann, who has become an entrepreneurial anti-hero. The news immediately gave way to a series of jokes on Twitter, and a lot of anger.

After promising to reshape the office world, and successfully becoming the largest office owner in many cities, including London and New York, WeWork came to a jarring crash in 2019 when the company was revealed to be worth much less than investors had thought.

The company planned to go public at a valuation of $47 billion, but when investors began to scrutinize the company’s business model and corporate governance structure, its value collapsed and it canceled its plans. WeWork laid off 2,400 employees and Neumann received $445 million to leave the company.

While the collaborative company is by no means a failure, and is slowly finding its footing post-Neumann, it was a textbook example of startup flourishing and an avatar of trouble ahead.

Investors began to realize that, pumped with venture capital cash, many “unicorn” companies—those valued above $1 billion—had grossly inflated valuations and often subsidized the prices of services and products to kill off competitors.

Over the past few years, WeWork’s story has been told over and over in a series of books, documentaries and a film, many of which focused on the eccentricities and intensity of Neumann’s leadership.

Lessons have been learned, according to Marc Andreessen, co-founder of A16Z. This week he described Neumann as “a visionary leader” who had revolutionized commercial real estate and was ready for his next adventure.

“It is often underestimated that just one person has fundamentally redesigned the office experience and led a paradigm-shifting global company in the process: Adam Neumann,” Andreessen wrote in a blog post. “We understand how difficult it is to build something like this, and we love to see repeat founders build on past successes by growing from their experiences.

“For Adam, the successes and lessons are many.”

Neumann kept a low public profile in the years after he left WeWork, but he has slowly been making more appearances. In November, he appeared at a New York Times’ DealBook summit where he said WeWork’s growth “went to my head”.

“I’ve had a lot of time to think and there have been more lessons and more regrets,” he said.

“The opportunity is huge,” Neumann told the paper about his new idea. “We started by buying this property, but then I started walking around the buildings, just feeling, and it felt like there’s so much more that can be done to make these tenants’ lives better.

“It felt like, frankly, there’s room for more community.”

Even before he went public with his idea for Flow, a Wall Street Journal report in January revealed that Neumann had quietly purchased 4,000 apartments worth more than $1 billion in major Sunbelt metropolitan areas, including Miami, Atlanta and Nashville. Neumann had started telling friends and colleagues that he was looking to build a company that would make branded apartments that come with amenities. One of the apartments in Nashville has a saltwater pool and a dog park.

There is no argument that the US has a housing crisis. Lack of supply and sky-high prices have made home ownership unaffordable for many and rents have skyrocketed.

As Neumann has pointed out: “If you stopped construction today, you [would] run out of housing in less than two months. Crazy, right?”

Andreessen also sees the need for more homes, just not in the backyard. In a 2020 essay on the vision of the future titled “It’s Time to Build,” Andreessen proclaimed: “We should have gleaming skyscrapers and spectacular living environments in all our best cities at levels far beyond what we have now; where are they?”

“We can’t build enough housing in our cities with growing economic potential — resulting in insanely skyrocketing housing prices in places like San Francisco, making it nearly impossible for regular people to move in and take the jobs of the future,” he wrote.

Despite this declaration, it’s unlikely that Flow’s first apartment will be in Atherton, California, Andreessen’s upscale neighborhood. Earlier this month, the Atlantic reported that Andreessen and his wife, Laura Arrillaga-Andreessen, submitted a word-of-mouth public comment opposing the multi-family housing development zoning plan in Atherton.

An attempt to increase the housing supply in the area will “MASSIVELY reduce our housing values, the quality of life for ourselves and our neighbors and increase noise pollution and traffic ABSOLUTELY UNBELIEVABLE”, they wrote.

And it’s not just housing advocates who have rolled their eyes at Flow. A16Z is coming under fire for giving substantial support to Neumann as women and Black and Hispanic founders struggle to get funding. Recent data has shown that as little as 2% of venture capital funds in recent years have gone to underrepresented entrepreneurs.

“This is disgusting,” tweeted Kate Brodock, CEO of Switch and a general partner at W Fund. “A16Z’s biggest check goes to an (all-white male) founder of one of the most toxic companies we’ve seen. Companies like this perpetuate over and over a traditional system that favors a small, homogenous set of founders.”

But for all the shock and surprise of Neumann’s resurrection, McKeever Conwell II, founder and managing partner of RareBreed Ventures, said we really shouldn’t be surprised. Neumann is an example of the norm, rather than the exception, in venture capital.

“At the end of the day, as VCs we are essentially money managers – we are glorified financial advisors. We take money from rich people or groups that have big pockets of capital, and our job is to make them more money, said Conwell, who is black. “Our job is not necessarily to care about ethics, morality, systemic racism or economic inequality. There are a lot of VCs who care about that, but that’s not the job.”

Despite Neumann’s past, Conwell noted that the founder gave generous returns to early WeWork investors who sold out before the crash.

“From a VC’s perspective, if you were a previous investor in WeWork, you made a lot of money,” Conwell said. “It’s very common for VCs to reinvest in people they’ve invested in before, especially those who have made them money. Adam Neumann made a lot of people a lot of money.”