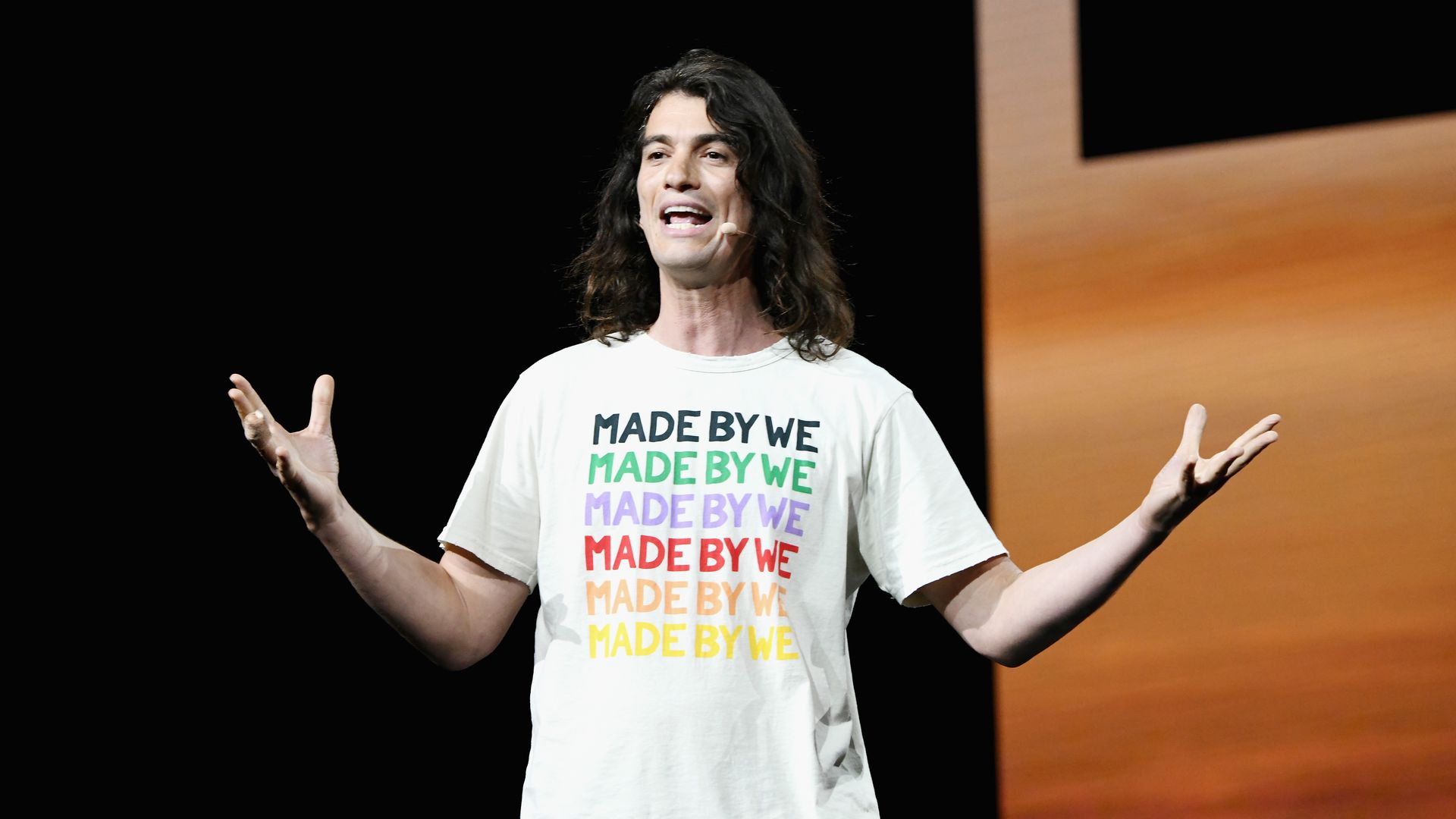 Japanese investment firm SoftBank will pay former WeWork CEO and current non-executive director Adam Neumann about $ 200 million to leave the board, give up its voting shares and support SoftBank's takeover, according to several sources familiar with the situation. [19659002] Why it matters: There is a dramatic – and legally questionable – development in a saga that has seen the combined company plummet from a valuation of $ 47 billion to less than $ 8 billion. SoftBank's board will vote on Tuesday, but that is immaterial, since Neumann's 10 votes per share are the only ones that matter. It is unclear whether Neumann's successors Sebastian Gunningham and Artie Minson will continue as CEOs.

Details: The agreement from SoftBank comes from SoftBank Corp., not the SoftBank Vision Fund. That would include a $ 3 billion offer to employees at $ 20 per share, plus additional equity.