A Subway Saboteur pulls brakes all over the system, causing major delays 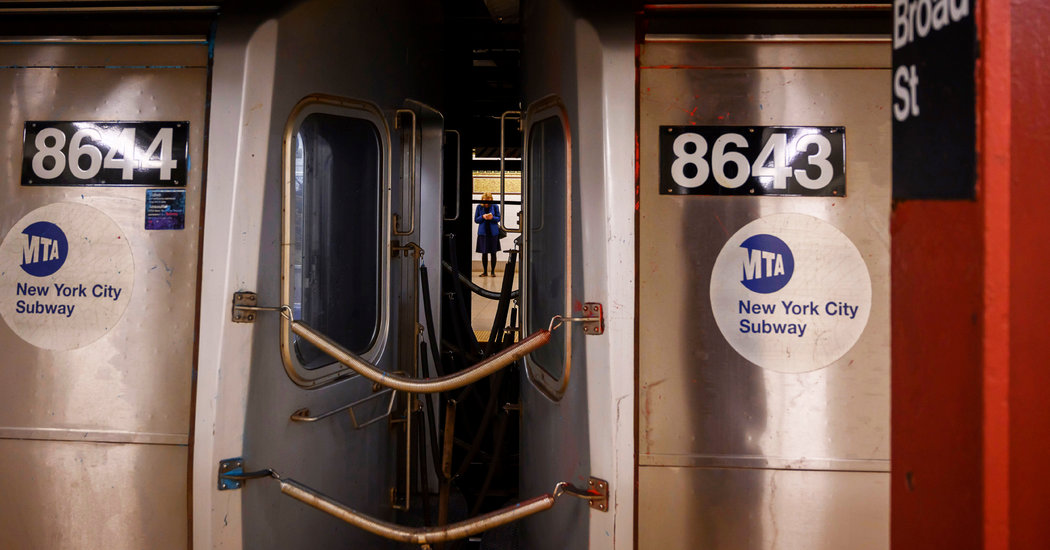 Subway personnel believe that the offender used the key to enter the train cabin and raised questions whether he knew anyone at the transit agency. How the offender achieved the key is a factor being investigated by transit officials.

Officials help them analyze dozens of events since the beginning of the year involving factors such as brake activation or "surfing" observations to determine the actual magnitude of the braking force. They also consider security recordings and requested photos and videos from riders.

Every time was the same method, officials said. A man is surfing the back of the train and then gets access to a cab. He enters, pulls the emergency brake and then escapes on the track and disappears in the dark. The 2 and 5 lines were his most frequent goals.

The result, Mr Byford said, is a "double whammy." The suspect not only stops the train, but when he flies on the tracks, the worker must cut the power to look for him, delaying even more trains.

Mr. Byford said that guilty – or sinners – were not "goofballs" but rather "morons". He said he would have stricter penalties for those who commit such crimes. For now, a likely charge will be ruthless extinction.

"I'd like to knock them off the subway," Byford said.

According to internal transit authority reports obtained by Jalopnik, a news site has discovered that the man at least once jumped off the back of the trains, but they have not managed to catch him. He was reported to have pulled the emergency brake on three different trains during a 36-minute span on Tuesday. He also did, the report said, an "indecent gesture" to a train manager who discovered him.

On Wednesday, Kristin Myers, a reporter for Yahoo Finance, reported a video on Twitter by a man in a baseball hat riding the back of a Q train. She said she had filmed it at. 11.30 am on April 27 at DeKalb Ave. station in Brooklyn.