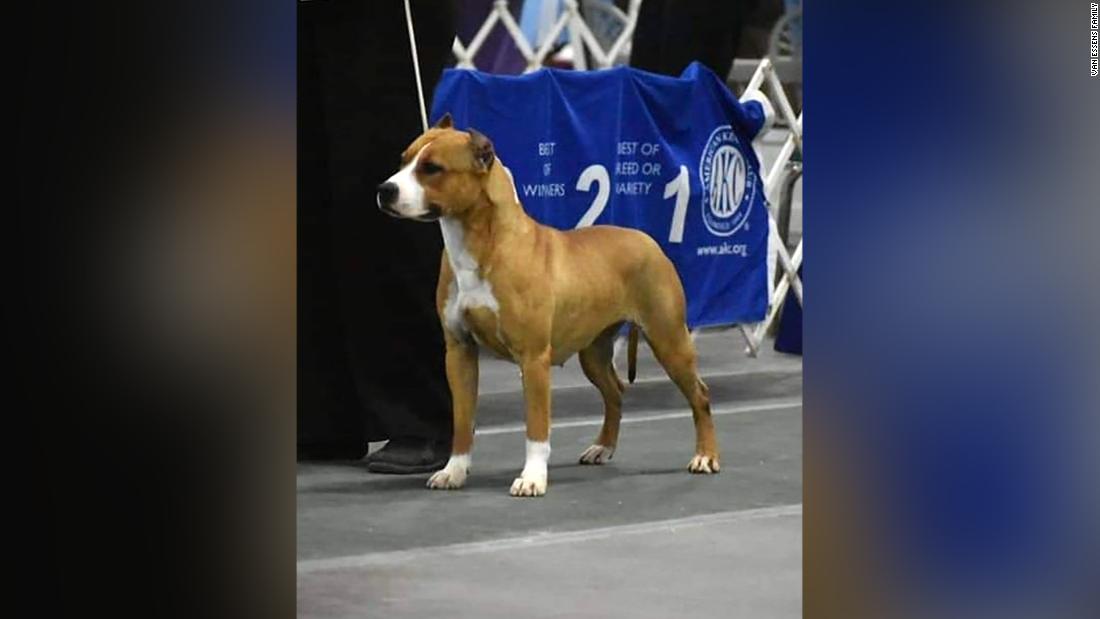 Gale, a 22-month-old American Staffordshire Terrier, traveled with his handlers after attending a dog show in Louisville, Kentucky, on Saturday.

Officials said that Gale broke out of the box at the airport when workers loaded the box into the cargo area of ​​a KLM aircraft.

"They were waiting at the gate, aboard the plane, when they were called to the desk and told the box empty," told dog owner Floris Van Essen CNN. "All of us were freaked out to be honest."

The Louisville dog show was Gale's last event before retiring to live with Van Essen's full time, the owner said.

Gale was discovered at the airport about 3:30 am Monday with pilots, said airport spokesman Andy Gobeil.

Authorities set up a trap involving food to catch her, he said.

KLM expressed its "sincere remorse," the airline said in a previous statement to CNN.

Van Essen and his wife flew to Amsterdam separately.

He said they appreciate the efforts of everyone involved.

"All the people are willing to help, volunteers, all at the airport," he said. "It's been heart-warming."

CNN's Marylynn Ryan and Trisha Ahmed contributed to this story.