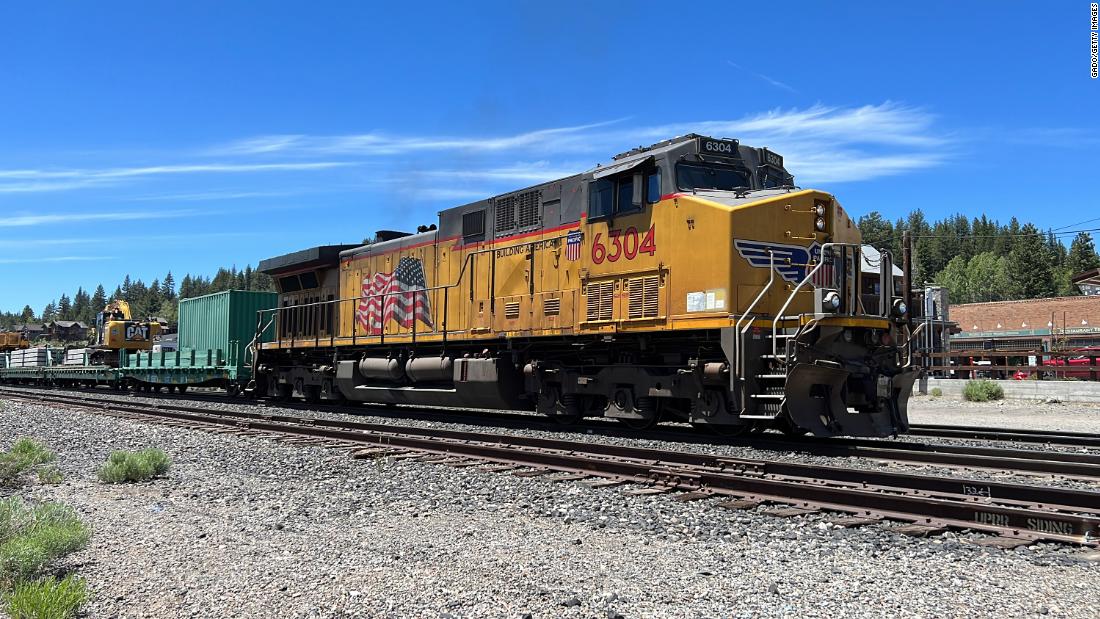 “We’re hearing more and more that shippers and railroads are getting anxious,” said John Drake, vice president of transportation, infrastructure and supply chain policy for the US Chamber of Commerce. The chamber is urging the two sides to reach an agreement that avoids the first national rail strike in 30 years.

The unions and the National Railway Labor Conference, which represents management at the bargaining table, met with federal mediators and US Labor Secretary Martin Walsh on Wednesday to see if they could come closer to an agreement. The unions said there was no progress.

Freight railroads have generally thrived during the pandemic, so a key dispute is not wages, but rather the rules that control work scheduling. Many of the engineers and conductors who make up the two-man crews on each train must be “on call”[ads1]; to show up for work seven days a week, preventing them from making their own plans, depriving them of time with their families and creating a high turnover rate.

Time is running out

Since railroad workers are under a different labor law than that which controls labor relations in most companies, it is possible that Congress could act to prevent or quickly stop a strike. But that would require a level of bipartisanship that is rare in Washington just weeks before the midterm elections.
President Joe Biden prevented a strike two months ago by imposing a cooling-off period during which a panel he appointed, known as a Presidential Emergency Board (PEB), looked at the contentious issues in the negotiations and issued a recommended settlement.

The PEB recommended several annual increases back to July 2020, when the previous contract was set to expire.

They would give workers an immediate 14% raise, as well as additional back pay for hours worked since 2020. There would be more increases going forward, resulting in a 24% pay increase over the five-year term of the contract. run from 2020 to 2024, as well as annual cash bonuses of $1,000.

PEB’s wage recommendations are somewhat less than the unions asked for, and somewhat more than management had previously offered.

But it was lucrative enough that five of the smaller unions representing more than 21,000 railroad workers agreed to a tentative labor agreement based on the panel’s recommendations, though they still need to be ratified by their rank-and-file members to take effect. And the PEB’s wage recommendations would probably have been enough to get approval from the other unions, even if they asked for more.

“We’re not going to sit here and argue about [wages] or the healthcare system. We’re beyond that,” said Jeremy Ferguson, president of the union representing the conductors, one of two workers on freight trains along with the engineers.

The conductors union and other six unions are ready to strike, which includes the one representing engineers, are not satisfied with the recommendations in the work rules, and how the “on call” requirement will affect the quality of their members’ lives, denying them all free time with their families even when they are not at work.

The unions are urging allies in Congress not to act, arguing that a strike is the only way to reach a deal that could improve what they say are intolerable work rules that are driving employees out of business, causing staff shortages and well-documented service problems in shipping. railway service.

“Indeed they are [the railroads] expect Congress to act,” said Dennis Pierce, president of the Brotherhood of Locomotive Engineers and Trainmen. “We’ve let them [the union’s allies in Congress] know we need them to stay away from it.”

If Congress acts, it will present a difficult policy choice for the Biden administration. Biden is as pro-union as any president in history, but he doesn’t want to see any problems for supply chains, prices and the economy ahead of crucial midterm elections.

Asked about the risk of a strike, a White House official did not address the possibility of congressional action, instead stressing the need for a negotiated settlement to avoid a shutdown it hopes to avoid.

“After the pandemic and the supply chain disruptions of the last two years, this is not the time for more uncertainty and disruption,” the official told CNN’s Betsy Klein.

The official said the White House “stands ready to support the parties as they work toward an agreement or a voluntary extension of the cooling-off period.”

“We are not taking any position on what the elements of an agreement should be,” the official added. “We are confident that the parties will make every effort to negotiate in good faith toward a mutually acceptable solution, and we encourage both sides to do so expeditiously.”

Democrats in Congress could impose a contract more to the unions’ liking than recommended by the president’s panel. But it may have trouble getting the necessary Republican support to pass. The Republicans could potentially benefit from the fact that there was a long rail strike that caused problems in the economy just before the election, especially if it could be blamed on the Democrats.

Even some companies that want to see the dispute settled without a strike are nervous about approaching Congress.

“Frankly, it’s not a good sign if it ends up going to Congress,” said one business official closely monitoring the potential for a strike, who spoke on condition that his name not be used.

“You don’t know what you’re going to get. You can have members who can hold up legislation to require one thing or the other. . . . Once Congress gets involved, it’s a mess.”

This executive believes Congress will kick the can down the road, extending the cooling-off period, perhaps past Election Day, rather than enacting a contract. But there is still no solution.

“Here’s the rub, it’s been 30 days [presidential panel’s] recommendations. Only five of the 12 railway unions have signed the recommendations,” he said.

At this time, the railroads are still urging the unions to agree to the terms recommended by the president’s panel, rather than urging Congress to act.

“It is in the best interests of all stakeholders and the public that the railroads and railroad labor organizations quickly reach agreements that provide wage increases to employees and prevent disruptions to rail service,” said the National Railway Labor Conference “Now is the time to use the PEB’s recommendation as the basis for a swift and voluntary deal.”

The railroad trade group released an estimate Thursday that a stoppage of freight train service would cost the U.S. economy $2 billion a day. It did not specifically call for action by Congress, encouraging the parties to resolve the dispute through negotiations, although the statement said: “ultimately, Congress has the power to intercede and avert a shutdown.”

The unions claim that the companies make their profits off the backs of their employees, creating conditions that cause workers to quit. Employment at the nation’s major railroads has been cut by more than 30,000, or about 20% of the workforce, since the last contract was won in 2017.

Union leaders say their members are now at breaking point and are eager to strike to win change.

“This is not a personal choice of the presidents of the unions,” said the engineers union president Pierce. “Our membership has made it loud and clear that this is not an agreement that the membership will ratify.”