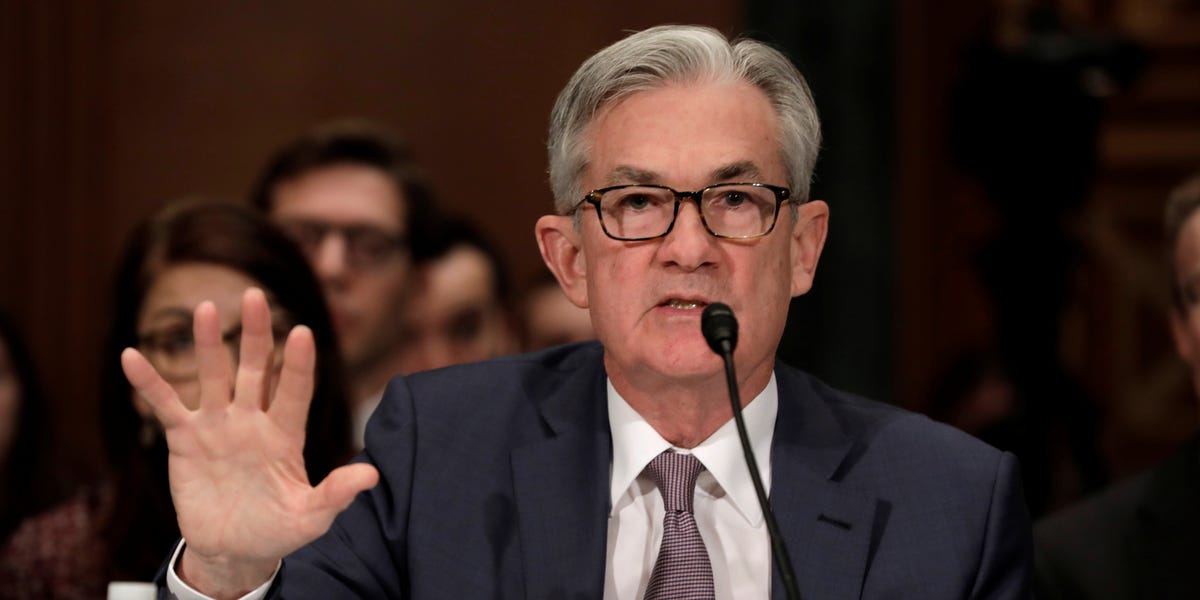 Another hefty rate hike from the inflation-fighting Federal Reserve looms, and stocks are likely to take a further hit in anticipation of the move — but investors should put aside the idea that the Fed wants to steer stocks away from sharp falls.

Investors after the September payrolls report priced in a more hawkish outlook for the Fed’s likely rate hike in November. The CME FedWatch tool showed an 82.3% probability of a 75 basis point increase, up from 75.2% a day earlier and higher than 56.5% a week earlier.

“I think the Fed feels they have the license to push aggressively to fight inflation,” Jan Szilagyi, CEO and co-founder of Toggle AI, an investment research firm, told Insider after the Labor Department released its payrolls report on Friday. The US created 263,000 new jobs in September, beating the average estimate of 250,000. The unemployment rate fell to 3.5% from 3.7%.

US stocks fell after the jobs report. The Nasdaq Composite lost nearly 4% and the S&P 500 gave up nearly 3%.

“Today’s jobs report is unlikely to change the Fed’s calculations in the fight against inflation, which remains on track for another 75bp rate hike in early November,” Jason Pride, chief investment officer of private wealth at Glenmede, wrote in a note.

The report could lead to new lows for stocks in 2022 this month, Bank of America said on Friday.

The U.S. stock market is already mired in a bear market, with the Nasdaq Composite down about 32% this year and the S&P 500 down more than 20%. The Fed has been aggressive in raising interest rates to bring down inflation, which is at around four-decade highs, which in turn has sent stocks into the red.

“On a number of metrics, I think there’s definitely still downside, especially because I don’t think there’s any sense in the Fed trying to help the market. The Fed is focused on inflation, which is different from some other situations where you have an economic crisis or financial crisis,” Szilagyi said as he dismissed the idea of ​​a so-called “Fed Put”.

A Fed Put refers to the belief among investors that policymakers at the U.S. Federal Reserve will enact policies aimed at helping stocks if they fall sharply and quickly to levels of concern. The market saw Fed Puts in 1987, 2010, 2016 and 2018, according to the Corporate Finance Institute.

Szilagyi said “garden variety” bear markets dating back to the 1929 crash on Wall Street have lasted between 10-12 months and have reduced stocks by about 33%. The S&P 500 in its current slump is off about 24% so far this year.

“I do not think [Fed policy makers] think that the market has fallen so dramatically that now suddenly they need to pivot,” he said. “Back in 2018, when the market reacted very poorly to the prospect of potential tightening, they actually took the market into consideration. But that was when inflation was not a problem. I think now you are in exactly the reverse situation where inflation is suddenly a problem and the market is simply going to be hurt.

Szilagyi also said stocks appeared to have fallen on Friday as investors erased the notion that signs of potential stress in financial systems would lead the Fed to cut back on rate moves, including concerns about the health of Swiss lender Credit Suisse and the Bank of England’s pound emergency. 65 billion bond market interventions.

“That glimmer of hope that there might be a small pivot — nowhere near resembling an actual easing of monetary policy — is being priced out. We’re retesting the June lows, which ultimately is something we probably have to do regardless if there is ever any hope of reaching a major low in the market.”

The September inflation report is due on Thursday to update the headline for August, which came in at 8.3%. The Fed is expected to raise interest rates for the sixth time at its meeting on 1-2. November to push the Fed Funds rate from the current range of 3% to 3.25%. The Fed has raised the benchmark interest rate by 75 basis points at its last three meetings.