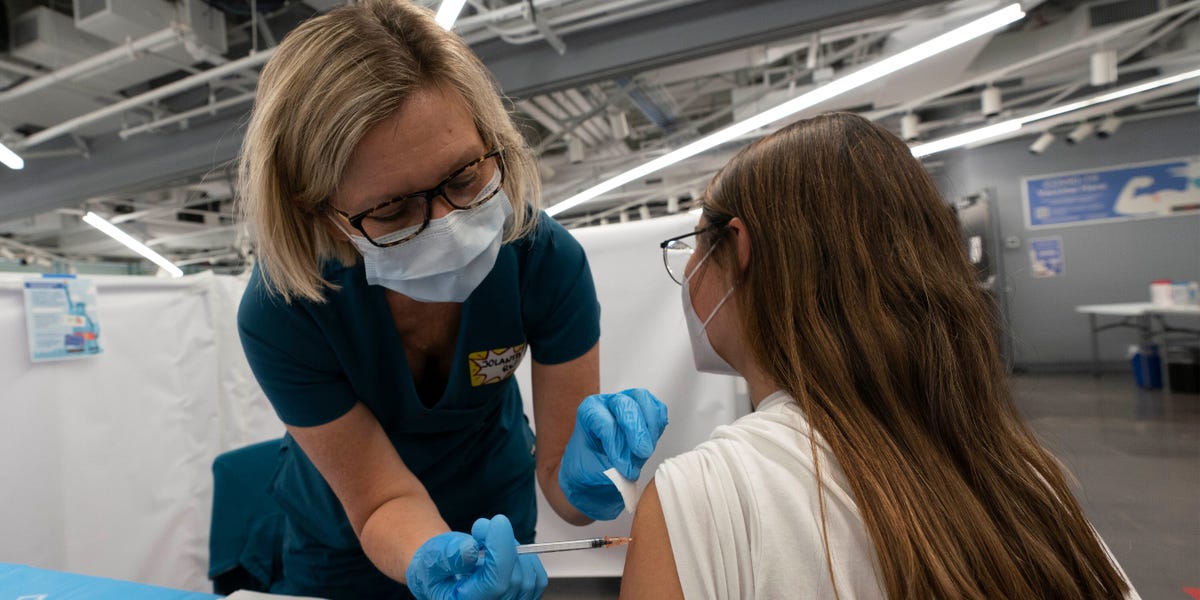 An analysis of data from the Center for Disease Control (CDC) suggests that around 60% of the US population may enter the winter season with reduced protection against COVID-19.

It showed that a booster was recommended for 97,875,391 people. This number consisted of Americans who were fully vaccinated with Pfizer and Moderna more than six months ago and Johnson & Johnson more than two months ago.

The recipients are now within the limits of those who are at risk of reduced vaccine effect, the outlet reported.

The number also included people who had only been partially vaccinated.

Those with reduced or no protection, including more than 100 million Americans who have not received the vaccine, make up nearly 60% of the U.S. population, according to NBC News.

On Friday, the FDA extended its emergency authorization to include booster shots of Pfizer-BioNTech and Moderna vaccines for all adults.

Americans over 65 or in higher risk categories were already eligible for the booster.

The analysis comes after an NBC interview with Dr. Anthony Fauci on Tuesday, where the director of the National Institute of Allergy and Infectious Diseases stated: “What we are starting to see now is an increase in hospitalizations among people who have been vaccinated but not intensified.”

Similar reports came from the White House COVID-19 briefing on Wednesday. Elderly people and residents in long-term care institutions were among the first to be vaccinated in January last year, said Dr. Rochelle Walensky, CDC director.

The highest risk is still among the unvaccinated, who are still 11 times more likely to die from covid-19 than those who are fully vaccinated.

Walensky said that American hospitals are experiencing an “increase in emergency room visits among adults 65 and older, which is now again higher than they are for younger age groups.”

In the briefing, both Walensky and Fauci insisted that boosters worked and pressured everyone who was qualified to get their shots ahead of the busy holiday season.

CDC data say that almost 10% of the US population has already received their booster shots.