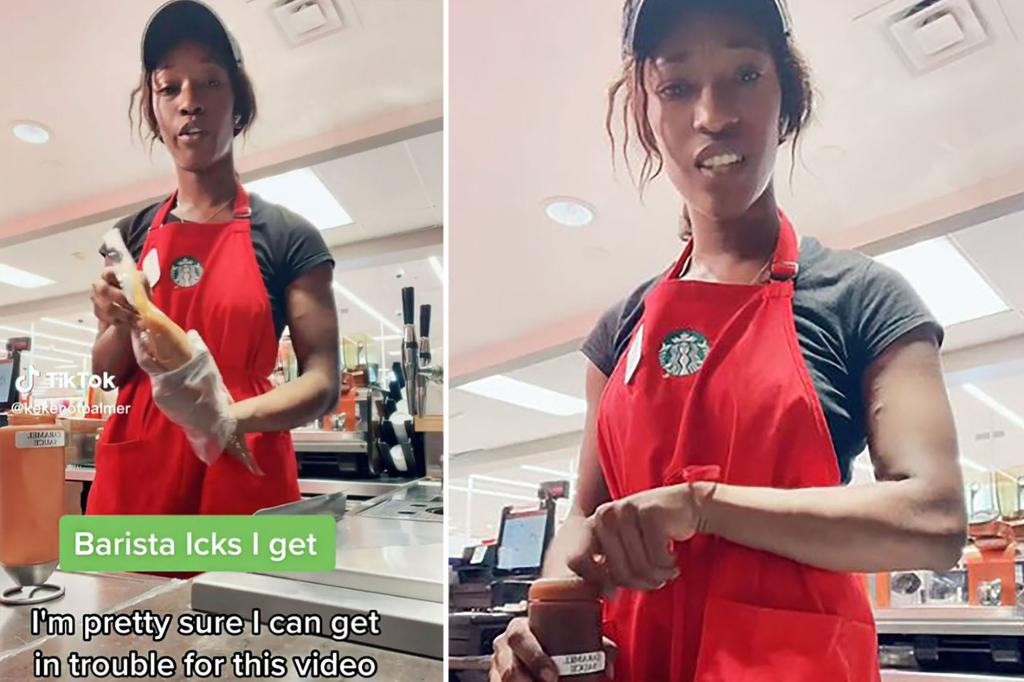 This Starbucks employee is worked up to a froth over the coffee clientele.

Keicha Halsell — aka Keke Not Palmer on TikTok — blows the plastic lid off the worst things customers can do when ordering a cup o’ joe at the Seattle-based coffee chain.

The barista revealed in a since-deleted viral video the most annoying “talks” that people give her when buying coffee, the Daily Mail reported.

The Florida native — who has nearly 20,000 followers and more than 1 million likes on the platform — began her now-viral clip by declaring, “I’m pretty sure I could get in trouble for this video — but I̵[ads1]7;m going to do it anyway.”

She then went on to list her top 5 complaints that annoy her as she whips up caffeinated drinks: Halsell’s number one pet peeve is when people are online and then they spend “an extra five minutes telling us what they want” when they get to The cashier.

Halsell — one of a growing number of alleged Starbucks workers attempting to shed light on workplace grievances in viral videos — also scorns those who order milk alternatives like almond, oat and soy products but go on to ask for sweet cream cold foam to top the iced drink with.

She noted that those who are unable to drink dairy should not add heavy milk and cream to their drinks as the additions will not be beneficial to them.

The worker’s next problem is with customers who order new items they have never consumed before – and who in turn do not like the drink.

She then has to make a “cuppa five times” until the buyer is satisfied. “How about me? [It] gets on my nerves,” she moaned.

Her next pet peeve is when others demand a mystery drink that isn’t on the menu or is derived from TikTok, thanks to the 32.1 billion videos tagged with the #Starbucks tag.

Halsell explained: “They don’t know the recipe, so I have to sit there for two minutes and watch a barista on TikTok make a drink that took two minutes to make, then spend two minutes writing it down and five minutes making it .”

Her latest pet peeve is when she’s making a latte — and then suddenly the person changes their mind and claims they “forgot to say ‘iced.'” She added that the patron should have said that little fact earlier when Halsell entered the order.

According to the Daily Mail report, viewers of the since-deleted clip took the comments to heart, revealing that it’s workers like Halsell who make going to Starbucks an uneasy experience.

“This is why I have order anxiety. This is why I stay home to make my own coffee,” quipped one user, while another chimed in: “This is why I only get my coffee at Speedway. Starbucks is just too much pressure.”

But there were some other baristas thrown into the mix who came to Halsell’s defense with their own customer horror stories.

“My favorite was always ‘is this mine?’ ‘No ma’am. The hot coffee with Brian’s name on it is actually NOT your frap,” one follower said.

Another commenter wrote: “I used to have a lady who would tell us we didn’t make her drink right so she could get a free drink coupon from the store manager who was working.”