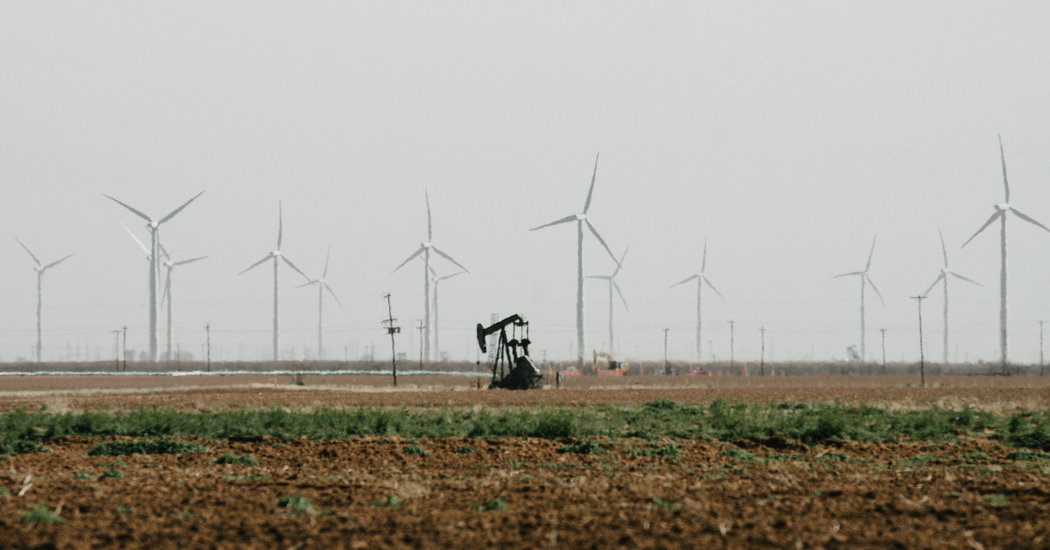 Want climate news in your inbox? Sign up here for Climate Fwd: our email newsletter.

WASHINGTON – Wind turbines, solar panels and electric vehicles are spreading much faster around the world than many experts had predicted. But this rapid growth in clean energy is not yet fast enough to squeeze humanity's greenhouse gas emissions and bring global warming under control.

It is the conclusion of the International Energy Agency, which on Tuesday published its annual World Energy Outlook, an 810-page report that tracks global energy trends to 2040. Since last year, the agency has increased future projections for offshore wind farms, solar installations and battery-powered cars, both because These technologies are becoming increasingly cheaper and because countries like India continue to ramp up their clean energy goals.

However, the report also provides a strong warning of climate change, and estimates that the energy policies that countries currently have on their books could cause global greenhouse gas emissions to continue to increase over the next 20 years. One reason: The world's appetite for energy continues to rise, and the rise in renewable energies so far has not been fast enough to satisfy all the additional demand. The result: fossil fuel use, especially natural gas, continues to grow to supply the rest.

"Without new policies in place, the world will miss its climate targets by a very large margin," said Fatih Birol, the agency's executive director.

Here are some of the report's key takeaways:

The world's consumption of coal, the dirtiest of all fuel, is beginning to stop. The report notes that global investment in new coal-fired power plants has slowed sharply in recent years, as countries such as India are increasingly finding that a combination of solar panels and battery storage can often be a cheaper way to generate electricity.

Under current policy, the report predicts that renewable energy such as wind, solar and hydroelectric power will surpass coal as the world's dominant power source by 2030, growing to 42 percent of global production. Coal would fall to 34 percent. Natural gas, which is cleaner than coal but still produces plenty of planet-warming emissions, is also poised to cut its coal's market share.

The Agency still finds that coal is far from dead: Hundreds of coal plants that have already been built in Asia are only 12 years old on average and are capable of operating for decades to come. It will be extremely difficult for the world to quickly reduce greenhouse gas emissions, the report warns, unless these existing plants are run less frequently, are retired early or are equipped with technology to capture their carbon dioxide pollution and bury it underground . This carbon capture technology is still expensive and has struggled to gain traction.

For years, it has been much cheaper for most countries to build wind turbines on land. But in places like Europe's North Sea, energy companies have recently set up large offshore turbines that can harvest the stronger and smoother winds over the sea. And costs are falling rapidly, making technology an increasingly attractive alternative for some countries.

Offshore wind now supplies 2 percent of EU electricity; the agency expects production there to increase nine times by 2040. Companies are also planning major new offshore wind farms in the United States, China, South Korea and Japan. If developers can overcome regulatory and allow obstacles, offshore wind could become an important tool for cutting emissions in the years to come.

This year, consumers worldwide purchased 2 million electric cars, spurred by a combination of falling battery costs and generous car incentives in places such as China and California. The agency expects the purchase of electric cars to accelerate across the world and predicts that global gasoline and diesel use for cars can finally peak in the mid-2020s.

But this projection comes with a caveat: Even as countries promote electric cars, a growing number of people in the United States, Europe, China and India are also buying larger SUVs, which use more gasoline than conventional cars. In 2000, only 18 percent of passenger cars sold worldwide were S.U.V.s. Today it is 42 percent.

If this love relationship with S.U.V.s continues, the report states, it could wipe out much of the oil savings from the incoming electric boom. A key question then is whether automakers can figure out how to manufacture and convince people to buy, battery-powered versions of popular S.U.V. models.

In addition to switching to cleaner energy sources, countries can also reduce their emissions by improving the energy efficiency of their factories, homes and vehicles through guidelines such as building codes and fuel economy standards. [19659006] On this result, the report has bad news: In 2018, the energy intensity of the global economy, a measure of efficiency, improved by only 1.2 percent, one of the slowest prices this year. And many countries are weakening their policies, including the United States, where the Trump administration plans to roll back standards that would have required more efficient light bulbs.

Mr. Birol noted that there was considerable room for improvement in almost all countries. "Two out of three buildings worldwide are being built today without efficiency codes and standards," he said. "And the buildings can last for five to six decades, so focusing on efficiency is very important."

What is happening in Africa is crucial

This year's report also highlights the role of Africa, which is projected to urbanize over the next decades at a faster pace than China did in the 1990s and 2000s. If Africa follows the same fossil fuel path to development as China did, greenhouse gas emissions could increase significantly.