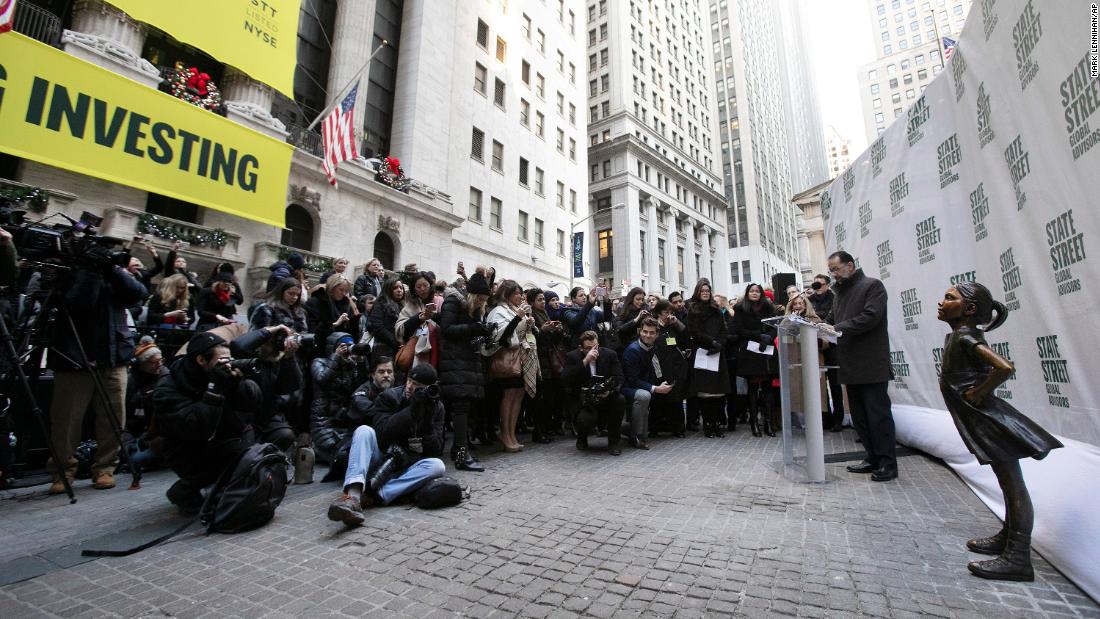 The bronze statue of a young girl with his hands on hips has been moved from Bowling Green Park, where it stood above the iconic "Chargestool" for over a year to somewhere outside of New York Stock Exchange. The Mayor of New York said in April that statues' posts outside the stock exchange would be the "long-term" home.

A plaque is placed where "Fearless Girl" used to be.

"Fearless Girl", which was installed by Financial Street State Global Advisors in March 2017, was only meant to stay in place for a few days. But New York decided to extend the statutory permission in response to public embrace.

Fans see the statue as a symbol of empowerment and gender equality. They dressed for bad weather and imitated their position – the chest forward, the hook held high – to be photographed by the side. Crowding around the statue posed a security risk and was a factor in the movement, said the city.

The statue also has its critics. Because "Fearless Girl" was commissioned by State Street to raise awareness of the company's initiative to increase the number of women in corporate forums, some statues look like a glorified ad. "Ladestjern" sculptor Arturo Di Modica said the "Fearless Girl" tarnish the bull's positive message.
Moving "Fearless Girl" is no small achievement. Sculptor Kristen Visbal, who made the statue, said it took almost six hours to install "Fearless Girl" opposite the bull. First, the team had to expand the tip of Bowling Green Park, where "Ladestyryr" sits, by lowering a massive cobblestone base on the town property. They installed the cave statue, as Visbal estimates weigh about 300 pounds, into the base, and had to adjust the statue to compensate the street its steep slope.