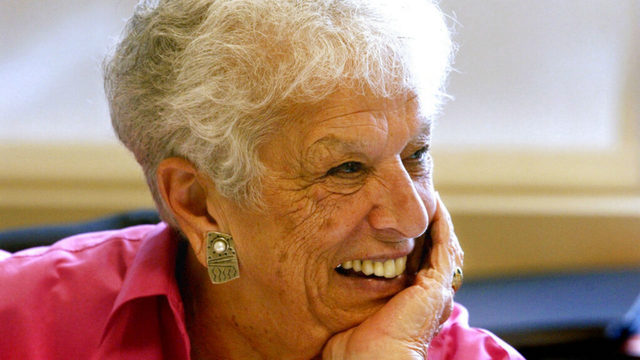 Gert Boyle, the cruel, long-time leader of Columbia Sportswear who helped establish the brand while creating an indelible image of toughness for himself, died Sunday. She was 95.

She led the company from 1970 to 1988 and inspired the "One Tough Mother" campaign in the 1980s which included a photo of her bending her arm with a "Born to tulle "tattoo across it.

Boyle took over the small clothing company in 1970 after her husband Neal died of a heart attack. At the time, she was a 46 year old housewife and mother of three with no real business experience.

The father founded the "Columbia Hat Company" after fleeing Nazi Germany with his family and settling in Portland, The Oregonian reported.

Boyle's husband took over the business in 1964. When he died, the business took many calls wondering if Columbia would close. The bank encouraged her to sell the company. She entertained an offer, but after being nickel and dimmed by a potential buyer, she said she would rather run the company on the ground.

But Columbia grew under her leadership, and that of her son, Timothy.

Boyle was the first woman to be inducted into the National Sporting Goods Hall of Fame. She was often recognized for her work as a female business manager, including having published a book about her experience.

She is survived by three children and five grandchildren.