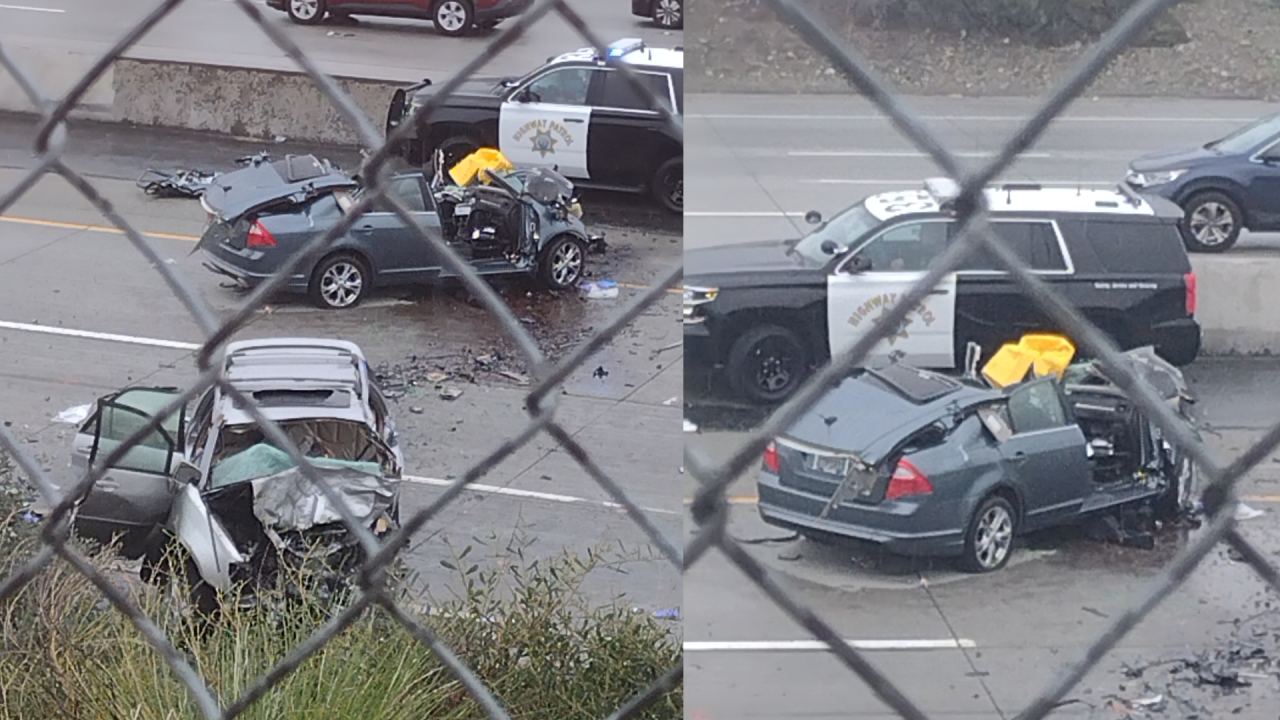 Three people were killed and three others were hospitalized after a wrong-way collision in Fontana Saturday morning.

The crash happened on the 210 Freeway just east of Citrus Avenue around 6:34 a.m., according to the California Highway Patrol.

Two vehicles were involved – a Ford sedan and a Lexus SUV. The sedan was traveling the wrong way, traveling eastbound in the westbound lane, the CHP said.

As the sedan passed the Citrus Avenue exit, it crashed into the SUV carrying five passengers, authorities said.

Photos from the scene show the two vehicles completely destroyed, with car parts and debris strewn across the highway.

Both the drivers of the sedan and the SUV were pronounced dead at the scene. The five SUV occupants were identified as a 43-year-old man, a 42-year-old woman, a 1[ads1]6-year-old girl, a 5-year-old girl and a 3-year-old boy, all from Highland.

The 16-year-old girl was taken to a local hospital where she later died, the CHP said.

The other three passengers sustained major injuries and were all taken to hospital for treatment.

The driver of the sedan has not yet been identified.

The cause of the fatal accident is still under investigation.