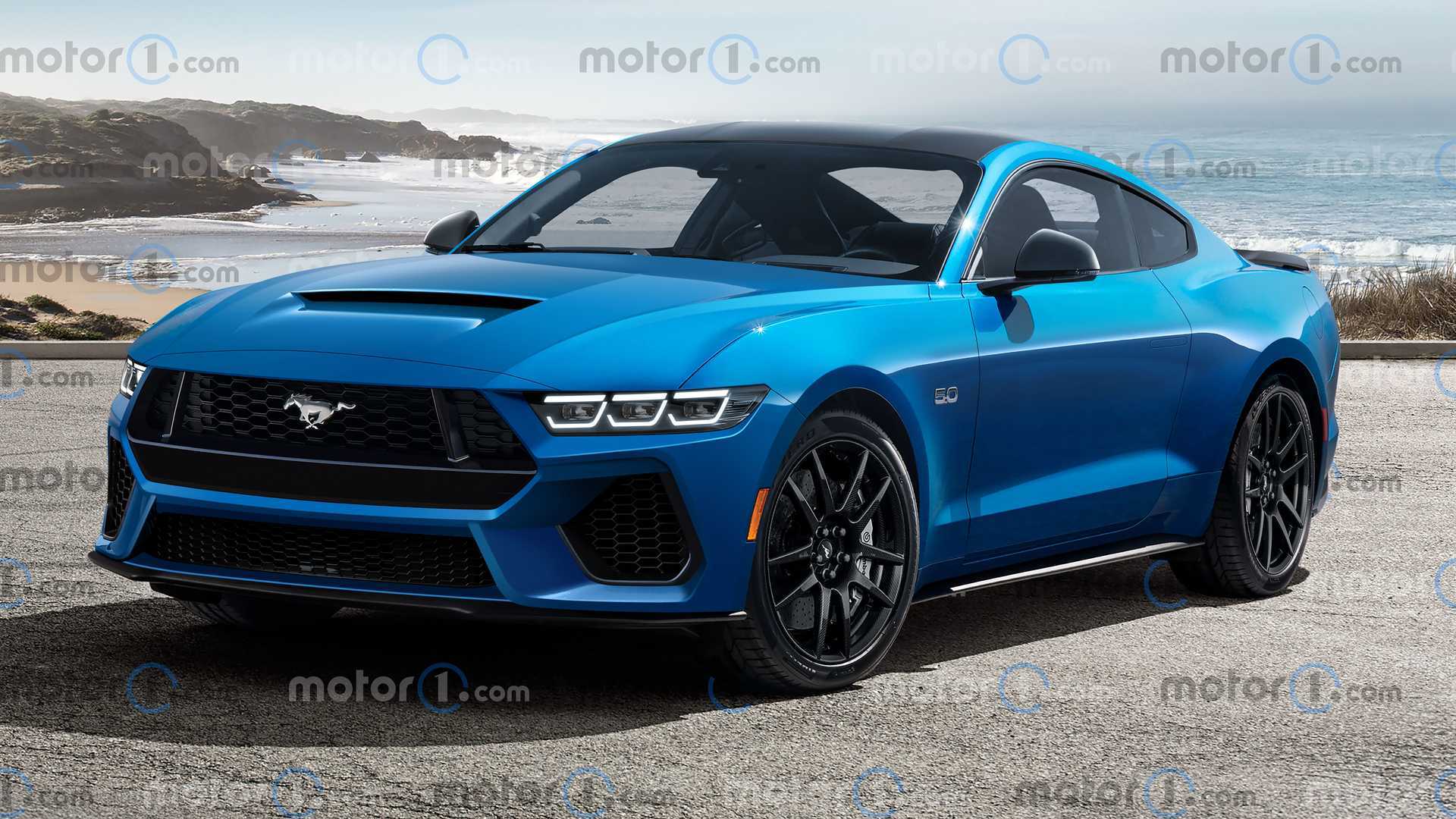 Update: Added information on The Drive Home and The Stampede events leading up to the official Mustang debut in 2024.

The era of internal combustion engine cars is almost over, but it’s not over yet for the Ford Mustang. An all-new pony car will debut in September 2022, and while we don’t know the long-term plan for Ford’s enduring warhorse, the seventh generation will start the same way the first generation did nearly 60 years ago: by converting gasoline into noise, tire smoke and grins.

We’ve seen camouflaged Mustang prototypes out and about for months now, in coupe and convertible form. Ford officials have also dropped some hints about what̵[ads1]7;s to come for the next-generation car, and some of those “hints” have been outright confirmations. As such, there’s quite a bit we already know about the upcoming Mustang, from styling cues to mechanical components.

While the Dodge Challenger is set to lose its V8 for the next generation, Ford Mustang buyers can still get one. An early spy video captured a V8 Mustang prototype on the move, clearly emitting a throaty soundtrack. Sometime later, a Ford executive directly confirmed that yes, the new Mustang will retain its V8 engine. That almost certainly means the 5.0-liter V8, which could be massaged to produce a bit more than the 450 horsepower currently on offer.

However, there is a strange V8 wildcard that popped up back in 2020. The former president of Unifor, a major Canadian auto industry union, said Ford would offer a new 6.8-liter V8 engine in “derivatives for the Mustang and F-150.” This engine was to come from Ford’s assembly plant in Windsor, Ontario, as mentioned in a press release from Unifor. Ford never released additional information about the engine, and nothing has been heard since. But a public statement from a union president is hard to ignore.

V8s aside, the turbocharged 2.3-liter four-cylinder engine is expected to carry over from the current model. But what about electrical power? That’s the big question surrounding the seventh-generation pony, as rumors say this could be the point when Ford offers a plug-in hybrid Mustang with all-wheel drive. Nothing of the sort has been confirmed or even teased by Ford, so at least we don’t expect anything electrified at launch.

Regardless of the engine, row-your-own enthusiasts can still control the power the old-fashioned way. Ford has confirmed that the new Mustang will offer a six-speed manual gearbox, in addition to an automatic.

Ford is not rocking the boat when it comes to Mustang design. Our exclusive 2024 Ford Mustang renderings pull back the camouflage from a series of prototype sightings and leaked images to reveal a slightly larger grille for the GT model, which drops further into the lower fascia in a manner similar to the current Mustang Shelby GT500. Corner vents should also grow larger, and headlights will get a thinner, clean look. On EcoBoost models, the grille should remain the same, but the lower front panel may have smaller vents.

In profile, don’t expect the new Mustang to differ significantly from the outgoing model. The wheelbase appears to be the same, and the pony car’s proportions – a long hood at the front with a steeply raked fastback at the rear – look extremely similar. The C-pillar on the new car appears thinner, giving more space for larger side windows. And while we’ve yet to get a clear look at the new ‘Stang’s taillights, we’d be totally shocked if Ford didn’t keep the iconic three-spoke vertical design.

As for upgrade packages and trim levels, we’ve already seen a prototype with aggressive exhaust tips, upgraded brakes and super-sticky tires. This all but confirms the availability of a GT performance package, and special editions such as the California Special were to follow. A high-performance Shelby model is expected to return, but that’s likely a little further down the road. There is no word yet on the availability of limited run models like the Mach 1, Boss or Bullitt.

Less is known about the new Mustang’s cabin, but it should retain a fairly conventional design. Regardless of the gearbox, a lever will rise from the center console to select gears. A larger center touchscreen will sit above the console in a simplified dash that eliminates some—but not all—tactile controls. A separate digital display is expected for the driver, but Mustang interior spy shots suggest they won’t be linked under a single large screen, as we see with brands like BMW. The availability of advanced technology such as Ford’s Blue Cruise system is currently unknown.

Pricing information is not yet available for the seventh generation Mustang. The current model starts at $28,865 for an EcoBoost with a six-speed manual transmission. The V8-powered GT starts at $39,440, also equipped with a six-speed stick. It’s safe to assume that prices for the 2024 Mustang will be higher, but given the steady decline in Mustang sales over the past few years, we’d be surprised if Ford launched the new model with a significantly higher MSRP.

Ford is pulling out all the stops to make the debut of the seventh-generation Mustang something special. The covers will officially be released on September 14th at a special event in downtown Detroit, at Hart Plaza, scheduled for 8:00 PM EDT. However, Ford is holding two events that will bring Mustang owners to the Motor City for the action, starting on September 6 with a cross-country ride called Drive home. It starts in Tacoma Washington and includes stops in nine states, and Ford is inviting Mustang owners to join the whole (or all) of the trip. It concludes at Ford’s world headquarters in Dearborn on September 14, then Stamped begins.

Stamped is a big Mustang cruise from Ford HQ to the debut location. It starts at 5 p.m. when Mustang owners arrive at the Dearborn headquarters. The cruise departs at 17:30 and is scheduled to arrive in the city center at 18:30. The seventh-generation Mustang debut will take place at 8:00 p.m., and participants in The Stampede are invited to an after-party that lasts until 10:00 p.m.

Drive home and Stamped are open to the public, but space is limited Stamped and registration is required. Ford is asking interested parties to register online at mustangstampededetroit.com. Registration is first come, first served.

At this point, details beyond the Mustang’s debut are unknown. Ford should offer a general timeframe for production and deliveries upon debut, though we expect it to reach dealerships no later than summer 2023.

Looking for more Ford Mustang content? Check out our special Mustang-focused episode of Stroll about cars podcast, featured below.