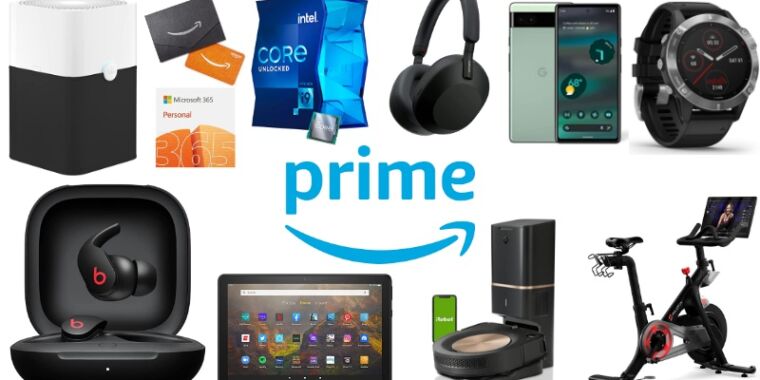 Amazon’s Prime Day sales event came and went last July, as it has done every year since 2015. The two-day shopping event is exclusive to Amazon Prime members and features thousands of products spanning all categories. This year, the company has put a new sales event on the calendar from October 1[ads1]1 to 12 called “Prime Early Access Sale.” Meant to pre-empt the Christmas shopping season, it’s a smaller but still massive discount event on thousands of items.

We spent several hours combing through the offers to compile a list of the best values ​​available. Many of the items are devices we’ve rated well here at Ars, while the rest have been well reviewed on several review sites we trust. Using tools like Keepa and CamelCamelCamel, we verified that the deals below offer prices as low or lower than they have been in the past three to six months. Many of these match the types of discounts you’ll see during other big sales events like Black Friday and Cyber ​​Monday.

The comprehensive overview below will be updated periodically throughout each day of the event to reflect changes in inventory, pricing and additional deals.

Ars Technica may earn compensation for sales from links on this post through affiliate programs.