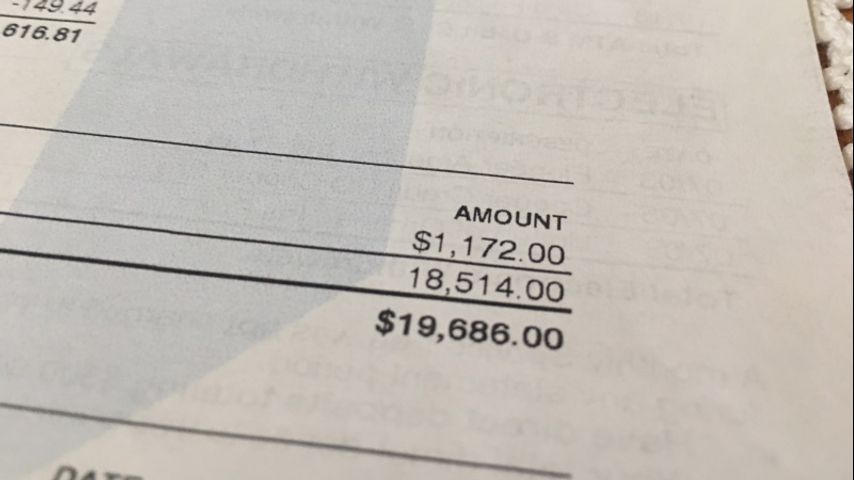 BATON ROUGE – A woman says she was at the top of the world and at the bottom within hours.

While Bertha Coates knows there is nothing called free money, she thought she had received the money she owed after her husband's death. But according to a letter she received in the mail from the Social Security Administration, a big mistake has happened.

"So I don't understand," Coates said. "I went to the bank to find out if it's true because I thought it was a scam."

On Friday, Coates learned that more than $ 18,000 was deposited into her bank account, an amount that would have made a world of difference in her life. News of that happiness quickly turned to trouble.

"This really gets the best of me, I can't understand what's going on," she said.

SSA sent a letter to Coates and she quickly learned what she thought luck was a mistake. Instead of sending her the $ 96 she was owed, the administration deposited her normal monthly amount and a few days later an additional $ 1

The letter from the SSA states that Coates would send the money back in the form of a check, and it requests that the amount be returned within 30 days. If it is not returned, SSA will withhold the benefits for approximately 15 months. Her monthly benefit multiplied by 15 is around $ 18,000.

Coates is now facing two choices and is not sure what to do. One thing is for sure that she cannot understand how such a big mistake can happen. She is just grateful that she has not spent a penny on it yet.

In May 2019, 2 On Your Side reported a similar story. Donna Deshotels said she had to repay $ 41,000 in widowed benefits after she was told by SSA that she had been overpaid. Deshotels appealed and told WBRZ that she has heard nothing since, but is now receiving $ 26 a month in Social Security benefits, which is not enough to fill her gasoline tank.

On Monday morning, 2 On Your Side contacted SSA for comment and did not hear back.