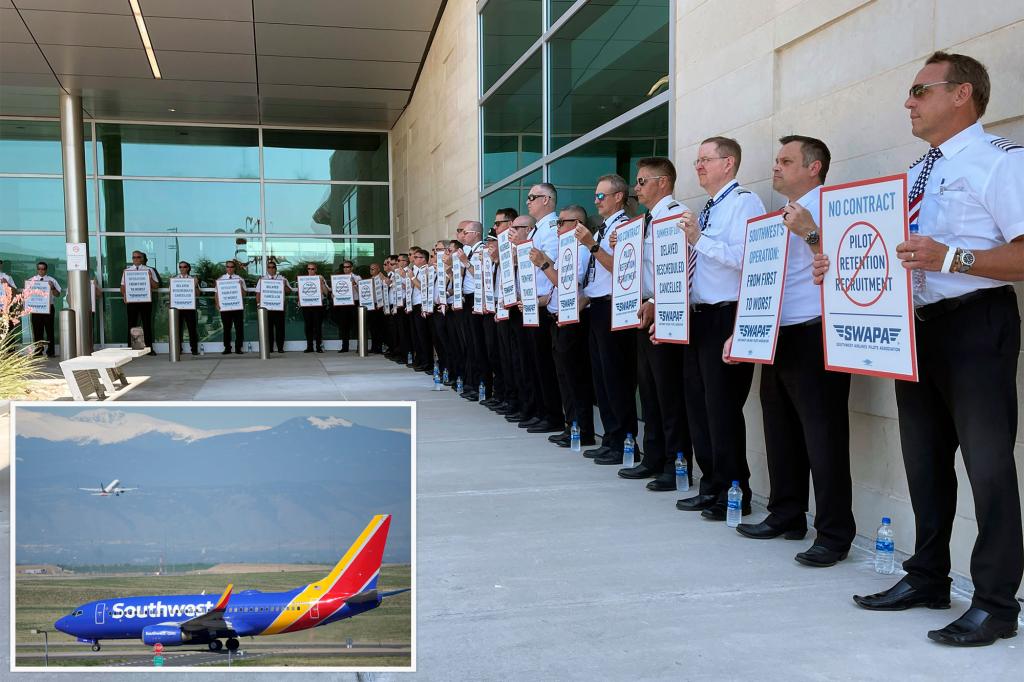 More than 1,300 Southwest Airlines pilots were picked up at an airport in Dallas on Tuesday – and said they were overworked and understaffed by the airline.

The pilots held up signs that said things like “Our passengers and pilots deserve better” and “Summer of Luv: delayed, rescheduled, canceled,” referring to an increase in flight cancellations as the summer travel season increases.

Flight delays and cancellations have increased in recent months as the aviation industry faces a shortage of pilots and can not meet the increased travel demand with COVID-1[ads1]9 restrictions being lifted worldwide.

While the entire industry is struggling with the lack of pilots, SWAPA said that Southwest Airlines’ poor planning practices for pilots have exacerbated the problem.

The union said its 8300 members had faced constant relocations to flights and changes in the schedule at the last minute as the lack of manpower and severe weather disrupted the regular flight service. Nearly a third of pilots are relocated daily, said SWAPA President Captain Casey Murray.

Constantly changing schedules and over-planning have led to an increase in pilots calling due to fatigue, SWAPA told the Dallas Morning News.

Union leaders hope a new contract, which has been in place since 2020, will help solve the problem.

Southwest Airlines said it was aware of the strike, which consisted of all outdoor pilots, on Tuesday and respected its employees’ right to protest.

“Southwest Airlines respects the rights of our employees to express their opinions, and we do not expect any disruption to the service as a result of this individual demonstration,” the company said in a statement to Norway Post. “For 51 years, we have maintained a legendary Southwest culture that honors our valued employees.”

Flight cancellations and delays are expected to continue as summer travel increases. Many airlines have already reduced their future flights in anticipation.