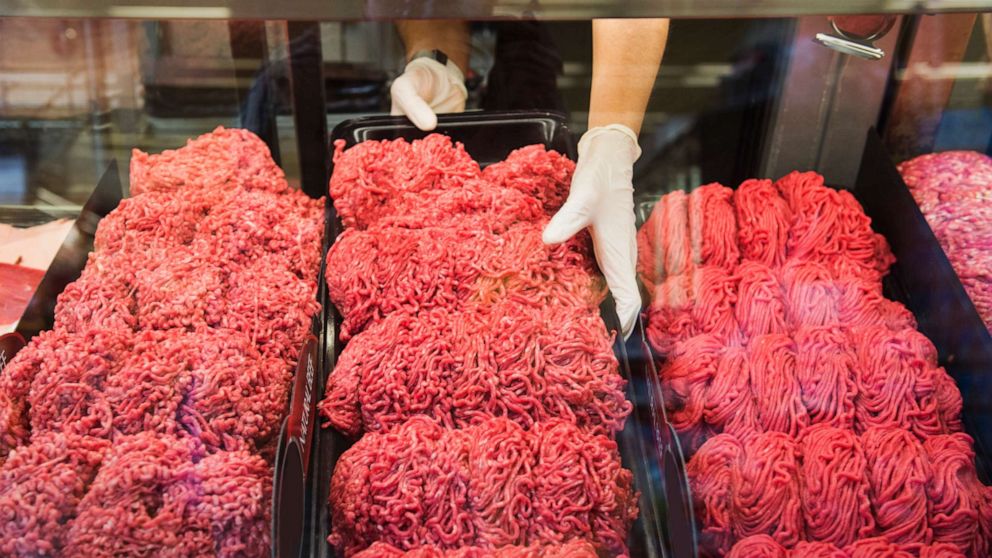 One person has died and eight others are hospitalized in a Salmonella outbreak likely linked to ground beef, according to the Centers for Disease Control and Prevention.

Lab testing indicated that ground beef is a "likely source" of the recent outbreak, but that a "simple, common ground beef supplier has not been identified," according to the CDC.

There are 10 known people from six states that have been infected, and the diseases in this outbreak are more severe than expected from typical Salmonella infections, with only 25% usually requiring some kind of hospitalization, according to the CDC. [19659002] Salmonella was positively identified from repackaged leftover beef from a sick person in California. Other Salmonella patients reported eating different types and brands of ground beef, which were purchased from many different locations, according to the agency.

According to CDC, most people infected with Salmonella experience symptoms such as diarrhea, fever and abdominal cramps 12 to 72 hours after being exposed to the bacteria.

The disease typically lasts four to seven days. People most susceptible to bacteria are children younger than 5 years and adults older than 65, according to the CDC.

At this time, CDC does not advise retailers to stop selling ground beef, nor does it ask people to stop eating thoroughly cooked meat.

CDC, together with U.S. Pat. The Department of Agriculture's Food Safety and Inspection Service and other public health agencies are investigating multi-state outbreaks of Salmonella infections.