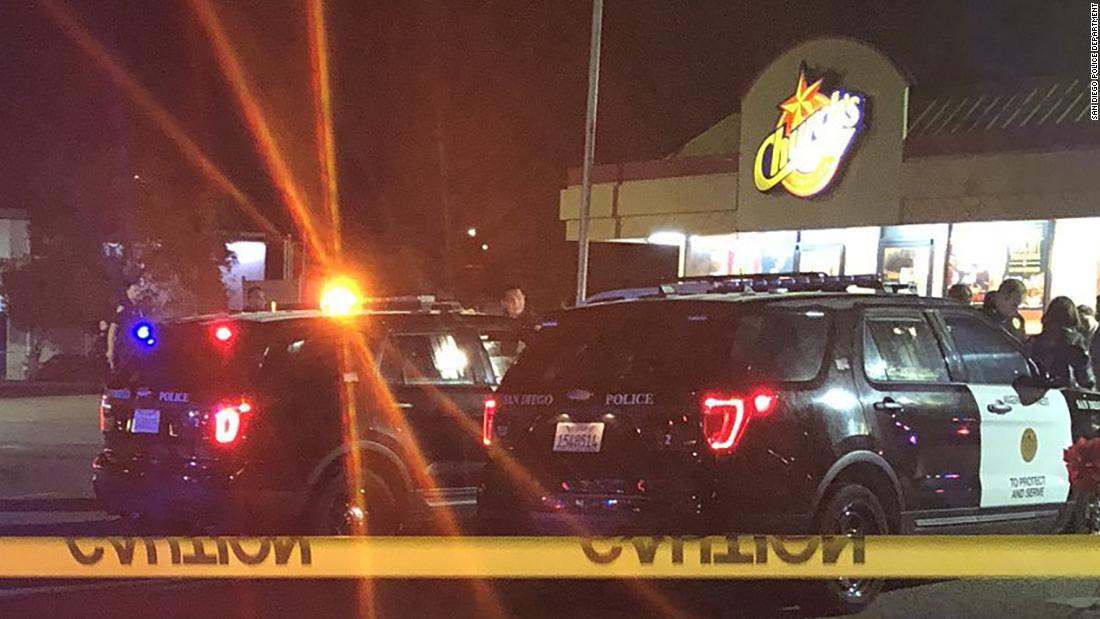 One of the victims was killed and the other two were in stable condition after being transported to nearby hospitals, the release states.

Detectives are looking for the male gunman who witnesses say went into the restaurant and ordered food, the release states. He left the restaurant after arguing with the staff and returned with a gun.

He shot the three employees, a woman and two males. No customers were harmed, the release states.

Police received a call about a shooting at 5:30 p.m. PT, according to the release.

The suspect is still at large and was last seen in a dark colored sedan.

The gunman is still at large and was last seen in a dark colored sedan. He is 6 "# 1," has a "thin construction" and was wearing a "light blue sweatshirt and a blue" Chargers "cap," police said.